Plant a tree in memory of Cindy
An environmentally-friendly option 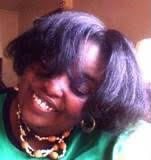 Cindy was born in Dieppe Bay, St. Kitts and Nevis, on January 15, 1967, and over the years, lived in Brooklyn, St. Croix, Miami, Pittsburgh, and then Seattle, where she resided since 1998. Throughout her life, Cindy was a visual artist (working in lead and ink), a poet, a teacher, and a thinker. She founded and produced the hip hop zine Free Ground in 1994, performed as a successful comedian, and directed a grant-funded poetry-writing class for incarcerated women. Cindy earned a bachelor’s degree from Carlow College in 1989 and, after participating in the University of Miami’s Caribbean Writers Institute in 1995, she published the poetry chapbook July and Joanne. Over the last 25 years, she wrote and drew constantly, filling notebooks with plays, novels, poems, visual icons. (A “WordSlingAH” she was, which is one of the names she used in her work.) She was also active in Seattle’s arts and political communities, especially in regard to voting rights, public housing advocacy, and medical marijuana; and she organized conversations on social media about transatlantic slavery and racism, movements for social justice, and—of course—the creative arts.

Her practice of reading, thinking, and creating was dynamic and inspiring; her capacity to show care was unparalleled.

Cindy is survived by her father, Calais (her mother, Mary, passed away three weeks after Cindy did); two sisters, Leela (Janelle) and Marlene (Fay); and a brother Kevin (Frankie). She also leaves behind a brother-in-law, Francis; three nephews, Anthony, Francis, and Alex; and eleven aunts and uncles: Roselyn, Yvonne, Princess, Jane, Earlyn, Mercedes, Ben, Rudolph, Adolph, Elfred, and John. She is loved and missed by them all as she is by a community in Seattle, including residents of Jefferson Place Apartments.

The family would like to thank the staff at Harborview Medical Center for their care of dear Cindy, who struggled mightily and lived beautifully with two disabling lifelong diseases, including myasthenia gravis. They would also like to thank staff at DSHS/Aging and Disability Services.

Cindy Adrienne Quashie was a kind vibrant soul. She was an artist, poet, teacher and thinker. She will be missed dearly.

Plant a tree in memory of Cindy by clicking here.
To send flowers to Cindy's family, please visit our floral store.

Plant a tree in memory of Cindy
An environmentally-friendly option

Plant a tree in memory of Cindy

4 trees planted in memory of Cindy

The pieces I am, she gather them and give them back to me in all the right order.”― Toni Morrison
Mike K

A Memorial Tree was ordered in memory of Cindy Adrienne Quashie by Mike K.  Plant a Tree

My condolences to the Quashie family. May God hold you during this time.
Quinn

A Memorial Tree was ordered in memory of Cindy Adrienne Quashie by Quinn.  Plant a Tree

My thoughts and prayers are with the Quashie family.  I met Cindy and Fay at Carlow University.  Cindy was always warm and friendly and would give advice when asked.  She was straight forward but warm with her delivery to me.  Rest easy Cindy.  I pray God's comfort and peace on the Quashie family.

My deepest love and sympathies are with you. I pray that you find peace and comfort in your memories of Cindy.
Your friend, Daphne

A Memorial Tree was ordered in memory of Cindy Adrienne Quashie by Your friend, Daphne .  Plant a Tree

A Memorial Tree was planted for Cindy Adrienne Quashie

Plant a tree in memory of Cindy