We would like to offer our sincere support to anyone coping with grief. Enter your email below for our complimentary daily grief messages. Messages run for up to one year and you can stop at any time. Your email will not be used for any other purpose.

Share a memory
Obituary & Services
Tribute Wall
Read more about the life story of Betty and share your memory.

Betty Joan McConnell was born in The Dalles, Oregon to William Henry Harrison McConnell and Blanche Hepburn (nee Gallaher) McConnell. She was the middle of three siblings between older sister Evalee and younger brother Jim.

She lived her early years through high school in Dufur, Oregon. As a child, she learned to play the piano and then gave lessons to others in her teen years; she would play well, but reluctantly, throughout her life. Among other interests, she joined a horse riding club; enjoyed accompanying her father, a park ranger, on his trips to forest fire lookout towers; and her grandfather, a mail carrier, on his routes. And she loved to read books.

After high school she married her first husband, Barton Elbert Clements; they divorced in 1968. They had four children: Barton Craig, Kirk Jeffrey, Milodene, and Kendall James Clements. During her working years, she earned a living as a bank teller.

In 1971 she met and married the love of her life, Ronald Guy Horton. Throughout their fifty-one years together, they would travel extensively, something she loved to do. They would live in California, North Carolina, Hawaii, Okinawa, Kwajalein Atoll, as well as Washington state, and visit countless other states and countries. Wherever they lived, she made it a point to roam the surrounding area, usually on a car ride with Ron, and marvel at the scenery.

She developed other interests and passions throughout her life: golf, bowling, swimming, going to the movies, playing card games such as pinochle and canasta, other games such as dominoes, and an abiding pastime of doing puzzles such as crosswords and Sudokus. And always she had her books.

One activity she never enjoyed was…cooking. In fact, it can be fairly said that her least favorite room in the house was the kitchen. Ironically, she was pretty good at it; at least, no one else complained.

In her later years, she and Ron retired and moved to Puyallup, and then Pe Ell, Washington. Even though the urge to relocate never left her, Pe Ell finally became their home.

In 2013 Joan began exhibiting signs of dementia, and in 2014 was diagnosed with Alzheimer’s disease. In 2020 she took up residence at The Cottages of Lacey Memory Care Facility, and lived there until her death, with Ron visiting her faithfully at least twice a week.

She passed away at MultiCare Capital Medical Center in Olympia, Washington of complications with Alzheimer’s disease. She was 88. She was preceded in death by her parents, first husband, and son Kirk.

She is survived by her husband and remaining children Barton Craig (Barbarajean), Milodene, and Kendall James Clements (Lynn), plus ten grandchildren and ten great-grandchildren.

She will be cremated and a memorial service will be held next spring with details announced at a later date.

To send flowers to the family or plant a tree in memory of Betty Joan Horton, please visit our floral store. 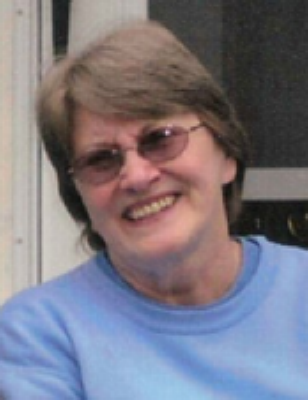 In Loving Memory Of

Look inside to read what others
have shared
Family and friends are coming together online to create a special keepsake. Every memory left on the online obituary will be automatically included in the book.

In Loving Memory Of

Look inside to read what others have shared

Family and friends are coming together online to create a special keepsake. Every memory left on the online obituary will be automatically included in the book.

You can still show your support by sending flowers directly to the family, or by planting a memorial tree in the memory of Betty Joan Horton
SHARE OBITUARY
© 2023 Scanlin Cremation and Burial. All Rights Reserved. Funeral Home website by CFS & TA | Terms of Use | Privacy Policy | Accessibility